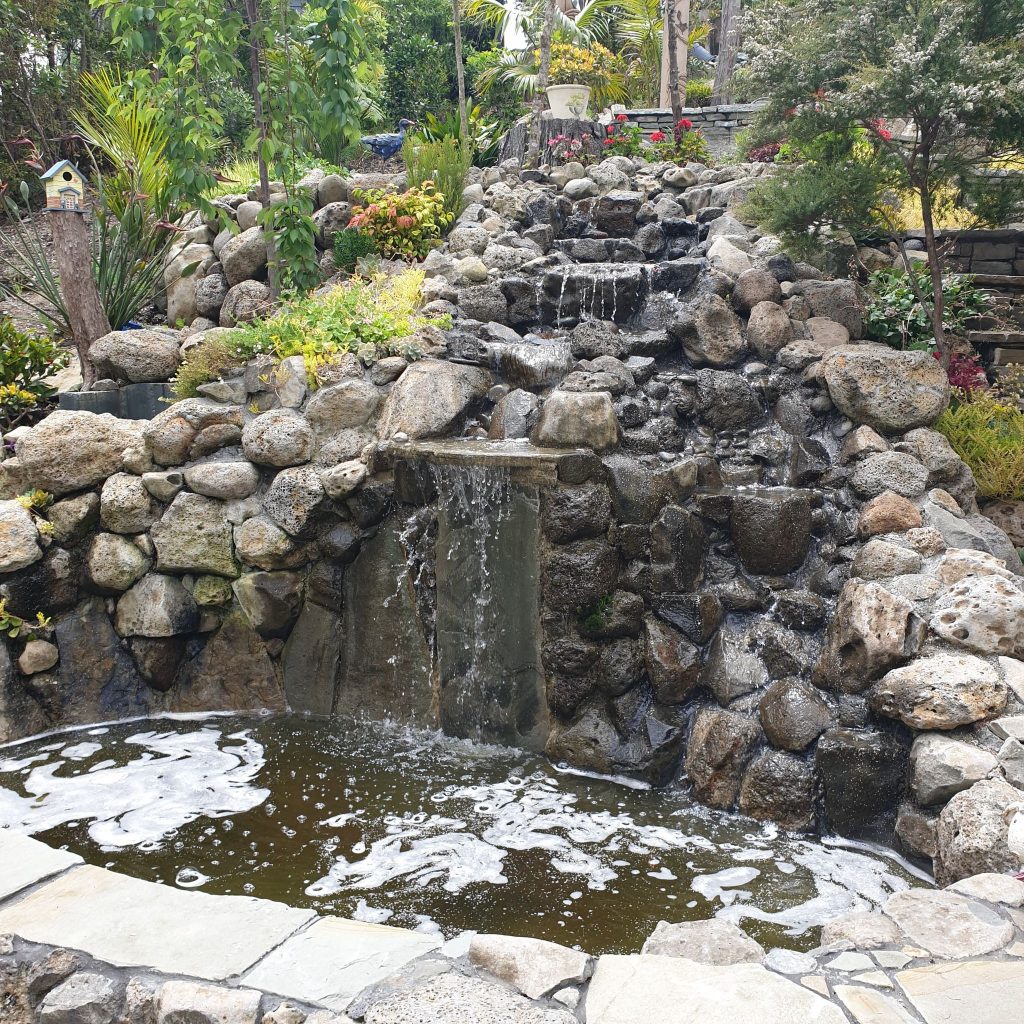 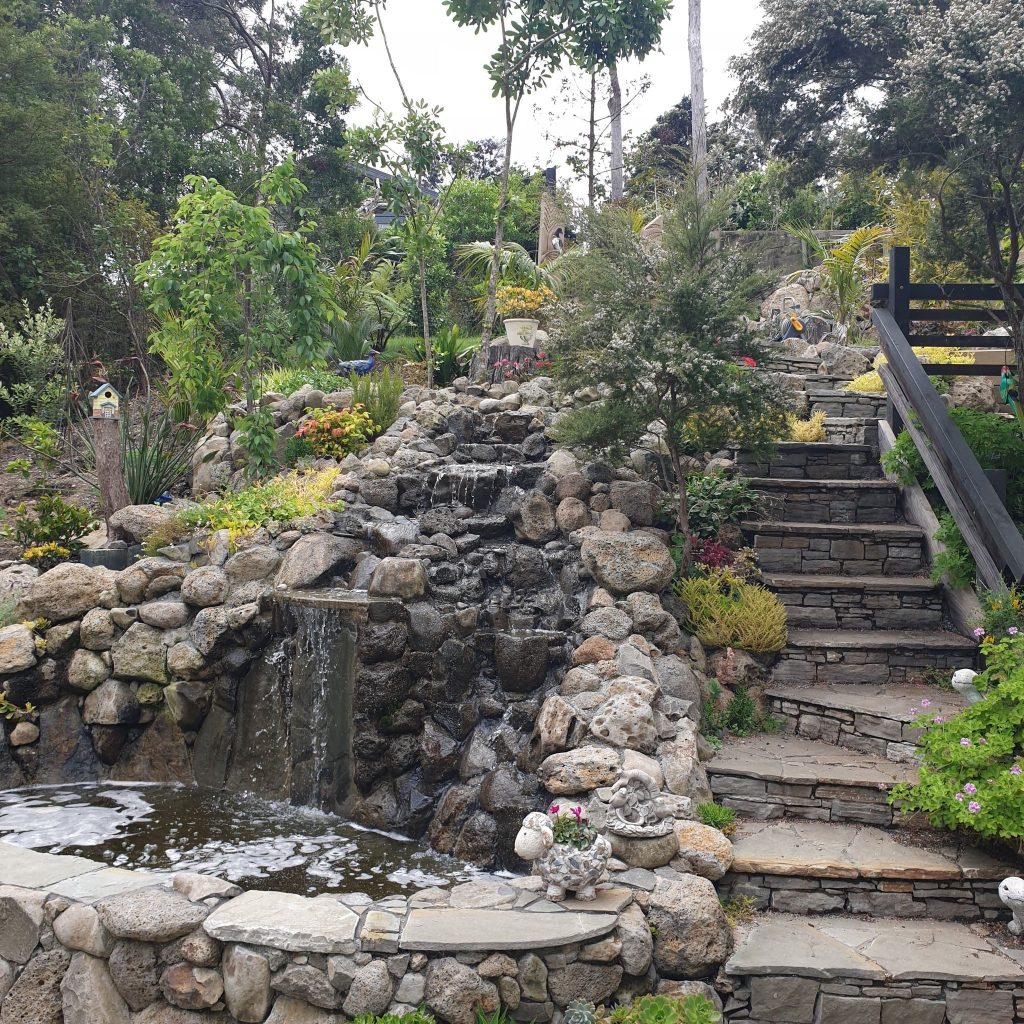 The Knoll property is a large contemporary home on an acre located in a private road in Greenhithe. The client had a desire to add dimension and character to the frontage of their new home, and create a low maintenance oasis, that provided attractive views from the house all year round.

Outcome: This multi-staged project included overall updating of the existing planting scheme with low maintenance hardy colour, property frontage design; install of a pergola and a significant, naturalistic stone waterfall to be placed into a slope covered in scrub and pine with wooden retaining terracing.

A complex site, with varying ground levels, the project included removal of significant scrub and pine before the construction of a 15-metre waterfall could commence. A steel and concrete shell was installed, followed by a rock and stone exterior to mimic a naturally occurring waterfall. Planting included both natives and colourful plants such as rhododendrons, succulents, and climbers creating a bright, hardy, eclectic design.

A chicken coop was later added in a lower area of the property as well as the installation of two 30,000 litre water tanks to catch rainwater used to keep the garden hydrated year-round. 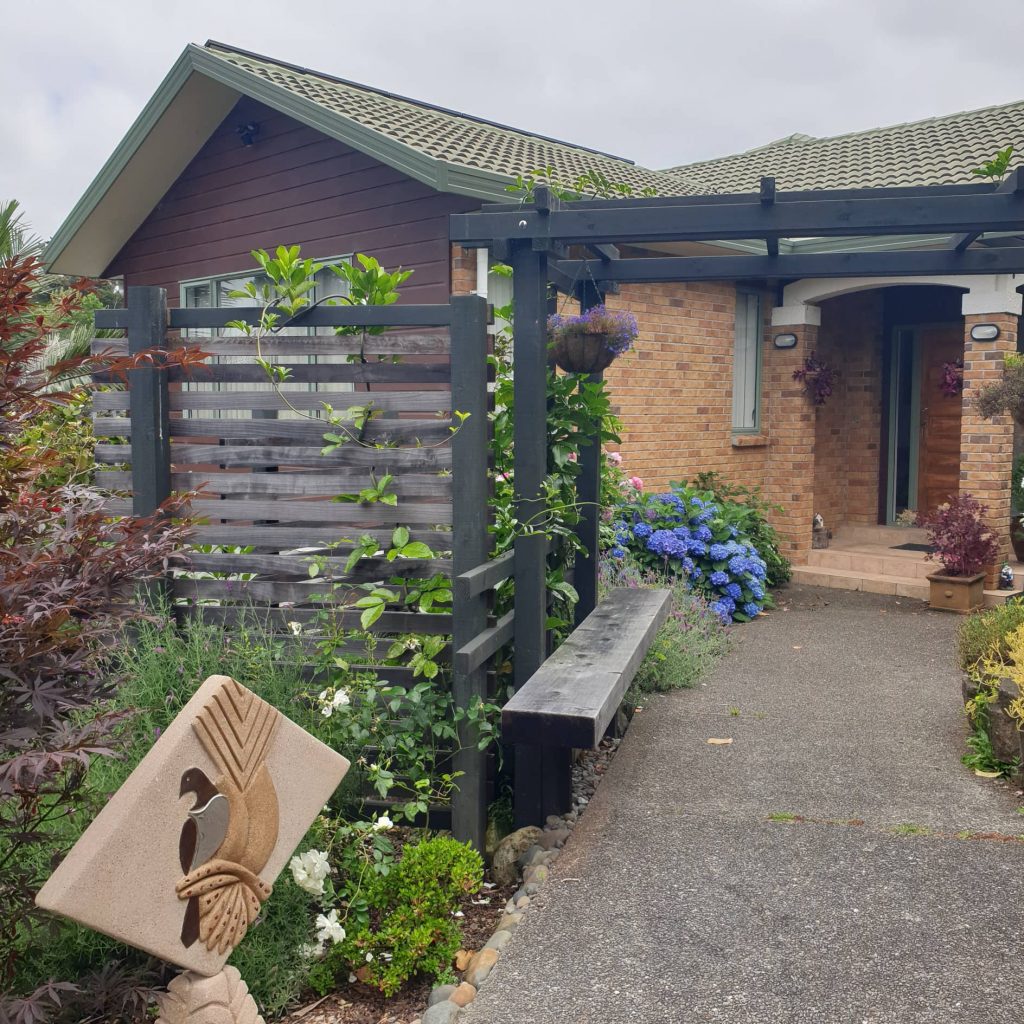 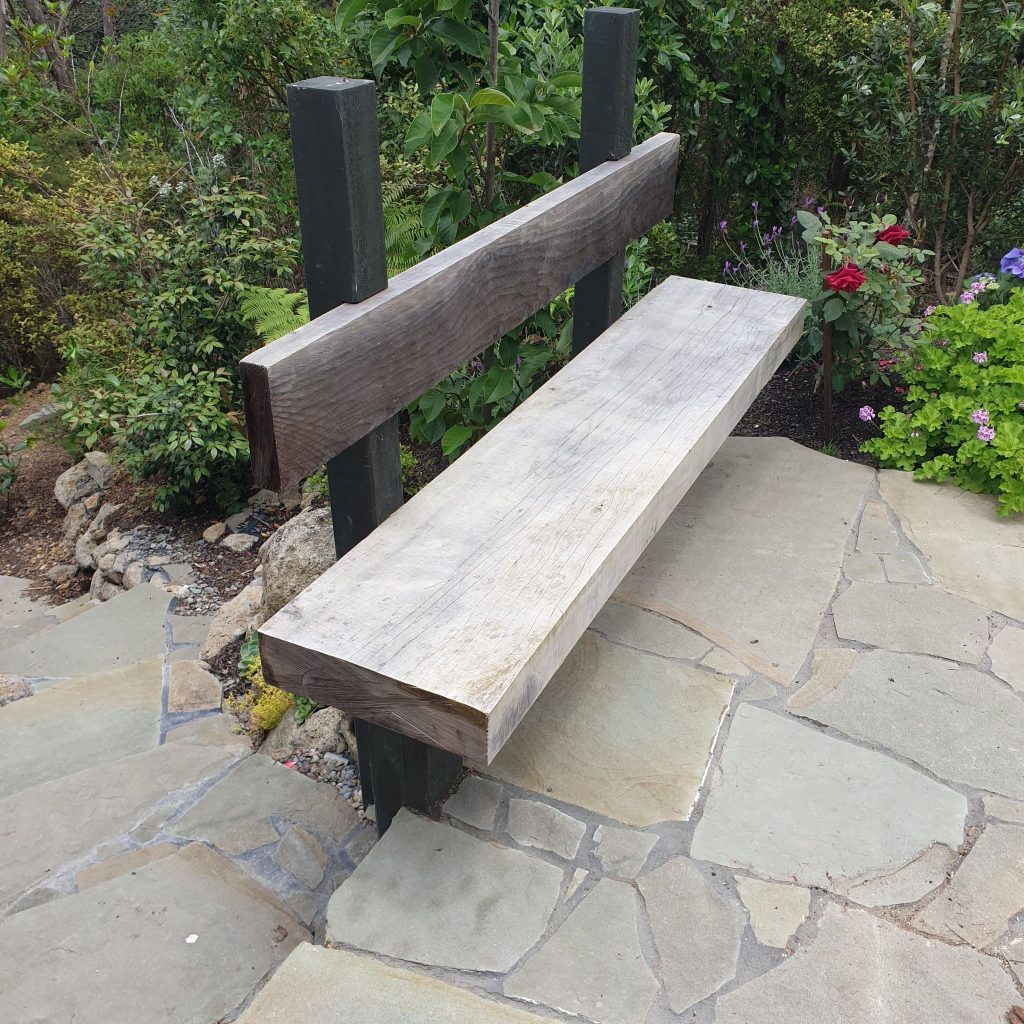 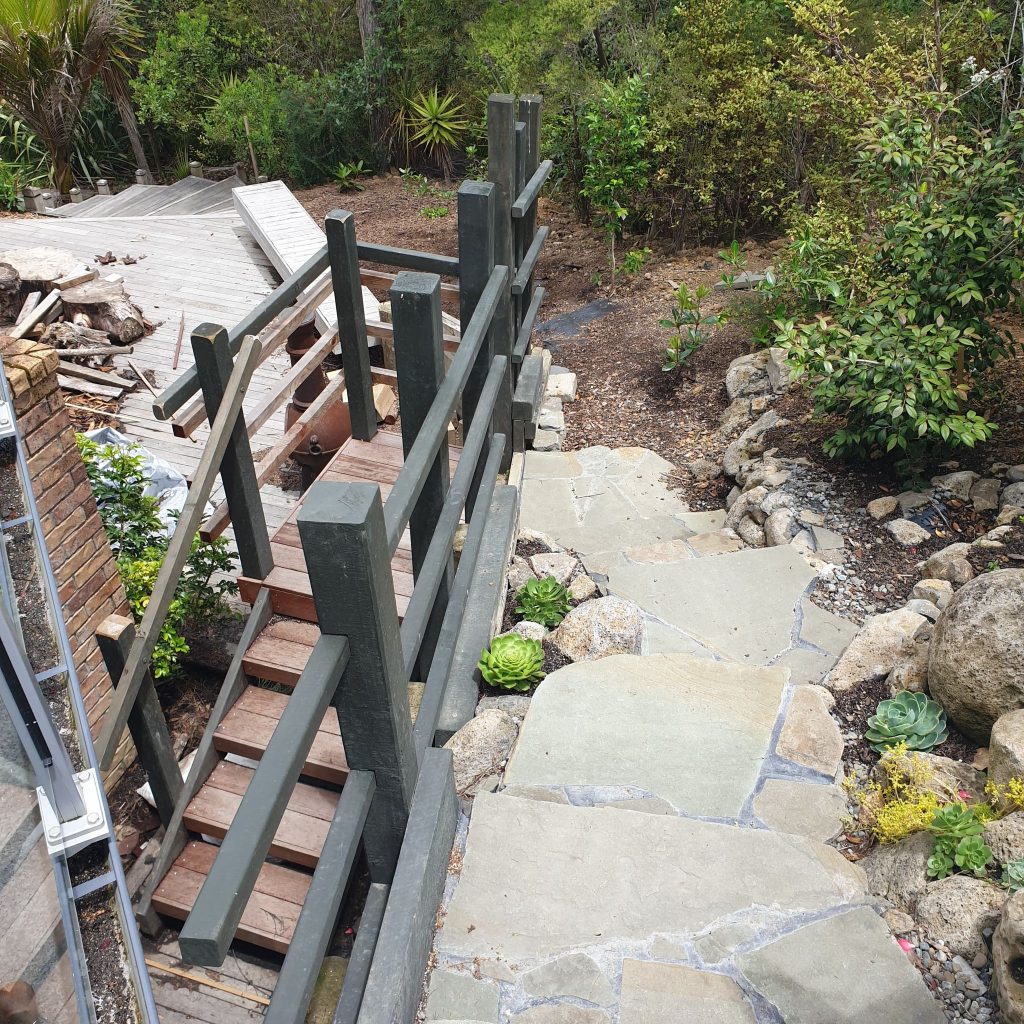